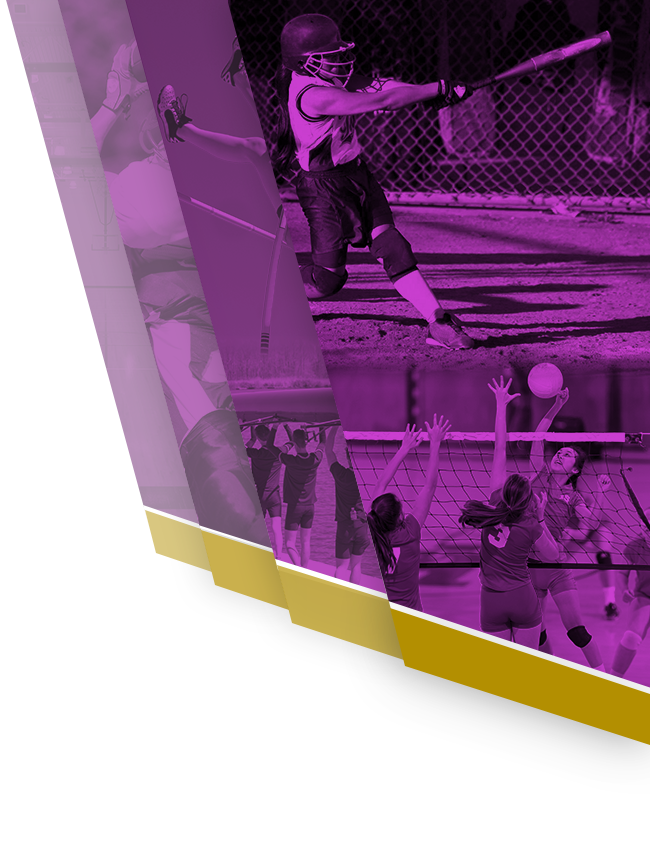 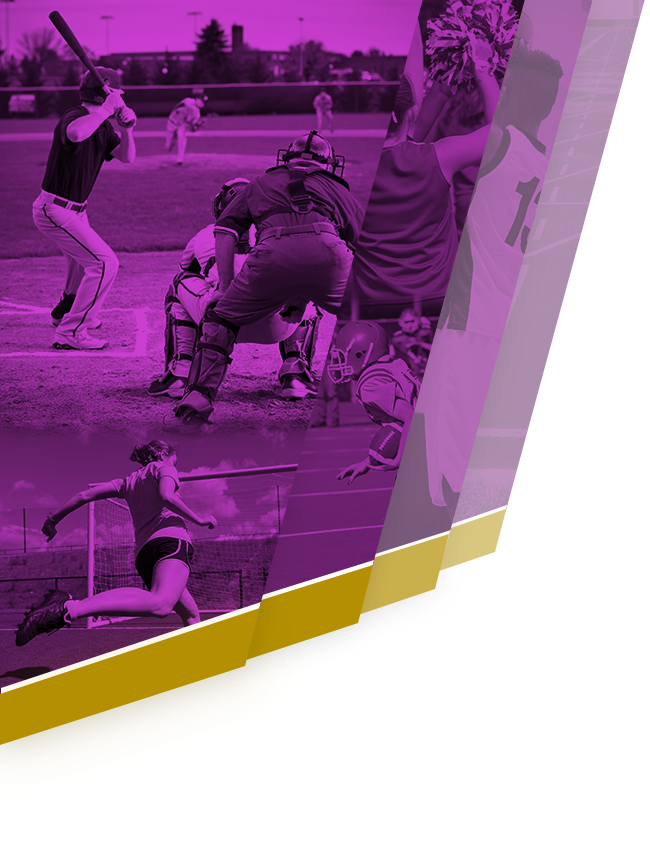 Friday April 30th found the Ram Tracksters in Allegan to run in the Allegan Relays. This was a first for South Haven as they have previously ran in the Allegan Invitational, but due to state guidelines this year related to Covid, we could not run in that one…So, Allegan invited us to this little meet. Seven teams, current and former Wolverine conference foes (Allegan, Gull Lake, Otsego, Plainwell, Paw Paw, Sturgis) made up the field plus the team from Brandywine. We had decent weather, and the fact that it was a mix of new/different races along with kids jumping into events they do not normally run or compete in, made for a fun night. Before we get on to the results, a quick shout out to the athletes who came along for the ride and helped out in various ways…Jordan Fleming, Sydney Bettis, Eli Morrison all get that shout out for being videographers, managers, and all around helpers. Now on to the results:

Shot Put: In the field events, each school enters two competitors and their results are added together to get a total. The team with the greatest total is the winner. Here in Shot Put, William Bettis (30’8”) and Nick Bouquenoy (27’10”) were a little off their PR’s tonight and missed out on the scoring. On the girls’ side, Destiny Crowley hit a PR of 27’6”, while Tabby Newberry was off a little at 21’10”. They did take 6th place and scored for the girls team.

Discus: Same four entrants here in the discus and this time both teams place 6thplace and score for their respective teams. On the girls side Tabby hit her PR of 68’10.5” and Destiny was a bit off at 63’7”. William again led the way at 86’3.5” and Nick followed with a toss of 70’3.5”. A mentioned, both teams scored points.

Pole Vault: This is the event where things start getting “good,” shall we say. The boys started in this event first and making his debut was Ashton Fields. Ashton has not gotten in the practice he needs, but in order for the team to have a chance to score points he stepped up to the plate and agreed to give it a try. Ashton had a no height (NH) on the night, but the fact he was in it allowed the Rams to take 5th place and score some points. Trevor Price makes 8’ and the boy Rams are on the board. On the girls side of pole vault, there were similar requests made of an athlete. In order to have a chance to score points we needed two competitors, so on Thursday near the end of practice, Ilene Garcia was asked to take one for the team and give the event a chance. When she agreed, we went over and Ellie Frost gave her some quick pointers and and the instructions were to just give it your best….and her best she gave. Ilene actually made opening height and due to the fact this was her first time vaulting, she now has a PR of 5’6”. When adding this to Ellie vaulting 8’6”, the girls took second place.

High Jump: For the first time this year we get some high jump results (yes I forgot them in the last write up, so look for an update on those). With that said, we had a similar ask of an athlete, similar to the ask of Ilene in PV. This time we asked Cianna Cox to give HJ a try and try she did. Once again, after a brief introduction after practice on Thursday, Cianna went out and not only cleared opening height (4’), she went 4’8”. This height of 4’8”, when added to Dayshuana Crowley’s final height of 4’10”, resulted in the two ladies taking 1st Place. Way to go you two!!!

Long Jump: The boys started the night in this event and Nathan Palmer struggled to begin, scratching on his first three attempts. When he finally got a mark on his fourth and final attempt, he leaped 18’8”, quite a bit off his best. Chris Rainey turned in another solid performance with a jump of 17’8”. Together Nathan and Chris take 3rd place over all and get their first of multiple medals on the night. On the girls side, Cianna (12’6”) coming off her HJ debut, experienced a little trouble getting things to click in this event. Miah Sistrunk turned in a solid effort with a running leap of 12’11”. Even though distances were a little off, they still managed a 6th place finish. As a side note, out of 32 total jumpers, not ONE had a PR on the night.

4×1600: The team of Carson Rooker (5:07), Jake Meyer (5:48), Ben Meyer (5:27) and Corban Morrison (5:40) opened the running portion of the meet with 16 laps around the track in a time of 22:03.00. Two things were quickly learned: Otsego means business and the wind on the back straight away is tough (and going to be tough all night). Otsego distance seems to be the cream of the crop this year, but the Rams held their own with the rest of the competition finishing in the points with a 5th place finish.

Sprint Medley Relay: This race was a 200M, 200M, 100M, 300M. Miah (33.47) led off with a 200 and handed the baton to Dayshauna (25.43). Dayshauna then took the stick 200M and handed it to Ilene (16.29) who ran the straight away and gave it to Ellie (46.14) who finished with a 300M. Nice effort but we just missed out on placing. In the boy’s race, things were looking good going into the second to last turn, or so we thought. Chris (26.43) opened with a 200M and handed off to Trevor who completed his 200M in 24.84. Trevor’s 24.84 was an eye-opening time, but we will come back to that. Trevor handed off to Khamar Ivey (12.55) who made the 100M trek to where Nathan was awaiting him. This is where we thought disaster happened. Just after the exchange, Khamar tripped/stumbled and fell, and took Nathan with him putting us out of the race. Thankfully Khamar and Nathan were fine outside of some scrapped-up hands and knees. As it turned out, Trevor’s great time was due to him getting the baton outside the exchange zone which in turn DQ’ed us from the race. Sorry guys, we were looking pretty solid at the fall…I would say we’ll get it next time, but this is a special race we will not run again until maybe next year.

Mixed Throw Relay: This is actually the throwers 4×100 in disguise. William Bettis (13.46) led off this race and he handed the baton off to Tabby Newberry (17.13) who ran the 100M back straight away and handed it off to Nick. Nick (16.16) then hustled his way down the last curve and gave the baton to Destiny who brought in home in 14.9. The overall time was 1:02.29 and it was good for 6th place. In these case, the amount of points earned gets added to each genders score, so each team got 1 point for this race.

4×100: Due to extenuating circumstances, this team never got to work on handoffs the way they should have been; that fact may have cost them a few seconds and places…BUT, they did finish in 5 place with an overall time of 57.93. A little off the Rams best from the last meet. Ellie, fresh off finishing the pole vault, led off in 18.19s and handed off to Miah who covered the 100M in 15.87s. Ilene took over next and ran 15.55s. Ilene then handed off to Dayshauna who anchored the team in 13.57.

4×400: The night concluded as it always does with the 4×400 relay. The guys entered this with Corban taking the baton to start it….Corban turned in a 60.64s leg and then handed off to Jake who turned the lap in at 66.58s, after fighting the wind on the back straight away…Ashton Fields then took over and ran his leg in 70.56s. Chris Rainey then finished the night by running his lap. Unfortunately, the guys were a little off the best time of the year and did not place, but the Rams definitely have something to build on going forward.

The Next meet is Wednesday in Berrien Springs, starting time is at 4:00 with field events.